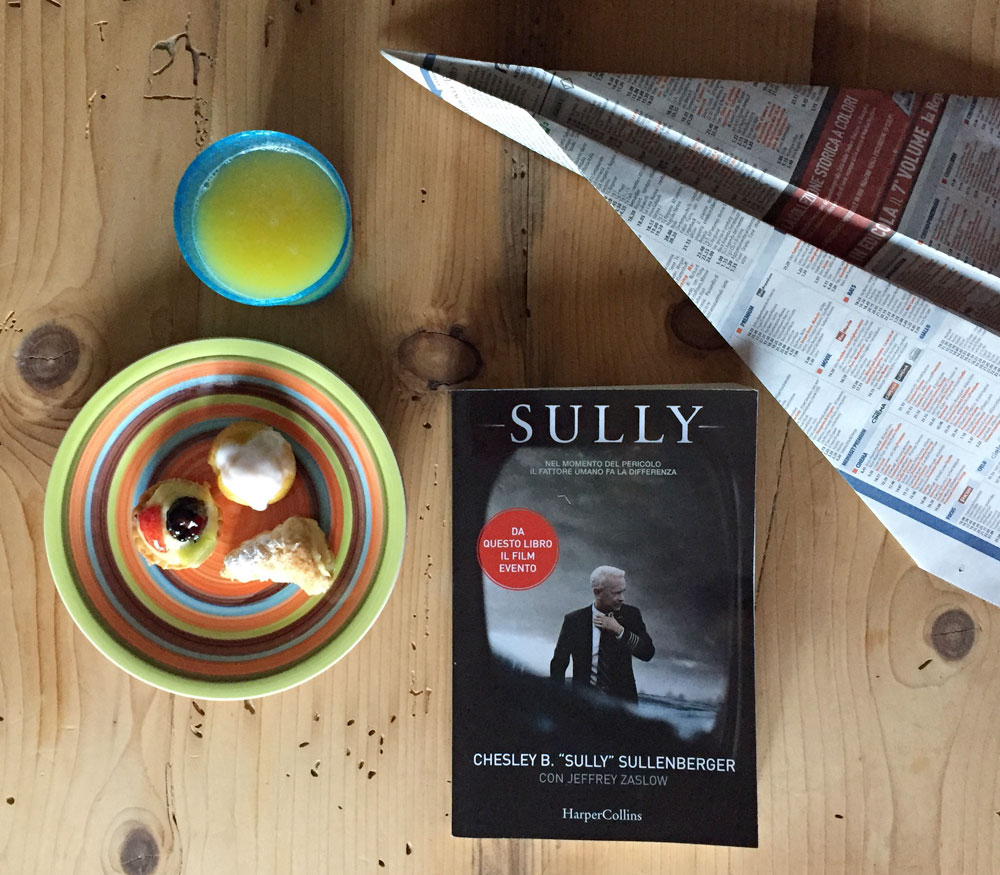 Written by Captain Sully, Chesley Sullenberger, it describes those terrible moments before crashing into the Hudson on a cold January in 2009 know as The Miracle on the Hudson.

It’s a book that I read very quickly and that caught my attention for one major reason.

Finally a captain, an airline captain of one of the major American carriers, has spoken. He has explained what makes a pilot a sort of, special category of human being…

He went deep into detail of what training he went through during all his life that prepared him for that very moment.

Why does this book deserve your attention?

Because it speaks not only about the things that happened that 15th January of 2009, it’s  a book that can inspire everybody, not only pilots or aviation enthusiasts, but everyone.

It’s  a book that can inspire you to take certain decisions in your own life, just as captain Sully did that day.

Clearly the book speaks widely about the events that happened after the impact with the birds. But it speaks also about the preparation of the pilots, about their training and the training of the crew.

It’s a book that teaches.

Captain Sullenberger was a normal person before this plane crash, but after this event he became very famous because of the skills he showed that day.

It was a  day of January just like any other in New York, it was the last flight for that crew and then everybody was supposed to go back home to have a few days off.

Unfortunately a  flock of Canadian geese was “waiting” for that flight, and got sucked in the engines, damaging  both of them.

The impact happened 2 minutes after take-off at the altitude of  2750 feet and a speed of 219 knots.

For an Airbus A320 without engines, at that altitude and above one of the most densely populate areas on earth, it’s a very serious situation that would make anyone think there is no option but to crash and die.

Here you can get the book on Amazon

In the history of aviation, the main element that can help in a dangerous situation is human factors.

Human factors is the element that makes the difference between living or dying when it comes to avoiding air disasters.

And since it is the main element that can help, it can also be the main cause of crashes.

The thing you should focus on, while reading the book of Sully is how captain Sully’s training, after 40 years of carrier, was fundamental to make him assess all the options available and then choosing the right one saving the life of 155 people that 15th January 2009.

You can’t miss this book, captain Sully wrote not only about the plane crash but also about his family, his life as a pilot, his colleagues, members of the crew and his life as a fighter pilot.

It’s not only about the things that happened that day, but about the real meaning of being a commercial pilot nowadays.

As I always wrote in my articles that pilots are human beings just like any other person and even if we can’t see them because they are behind a door, it doesn’t mean they don’t worry about a particular family situation or about their financial problems or maybe they are living moments of happiness because of the birth of their son.

The book is written in a way that even passengers can easily understand who are the men and women that work in aviation to guarantee our safety everyday.

Don’t miss the movie either. It is one of Clint Eastwood films that will make you change idea about aviation. It really goes deep in what takes to become a pilot and why Captain Sully was prepared for that moment, even if he didn’t know it was coming.

You can find the movie here: Sully (Blu-Ray)